Hydrogen fuel bubbles up the agenda as investments rocket

The New York Times: Florida Smirked at New York's Coronavirus Crisis. Now It Has Its Own.

The New York Times: Florida Smirked at New York's Coronavirus Crisis. Now It Has Its Own..
https://www.nytimes.com/2020/06/26/nyregion/florida-coronavirus-ny.html

Freaked him out, going after his favorite statue.

CNN: Gov. Cuomo: I believe this is a setup by Trump

CNN: Gov. Cuomo: I believe this is a setup by Trump.
https://www.cnn.com/videos/politics/2020/06/22/andrew-cuomo-trump-mail-voting-setup-nr-vpx.cnn
Posted by ArcStar Insider at 8:18 PM No comments:

Seeking Dark Matter, They Detected Another Mystery https://nyti.ms/37CnALH
Posted by ArcStar Insider at 7:57 PM No comments: 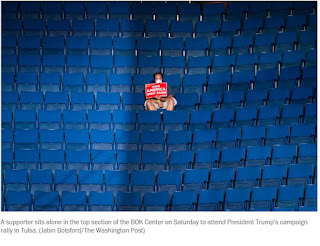 Posted by ArcStar Insider at 1:41 PM No comments:

The Guardian: Trump AG Barr will escape impeachment thanks to 'corrupt' Republicans – Nadler.
https://www.theguardian.com/us-news/2020/jun/21/donald-trump-ag-william-barr-impeachment-republicans-berman-nadler
Posted by ArcStar Insider at 12:00 PM No comments:

Coronavirus Live News and Updates https://nyti.ms/2Yli4df
Posted by ArcStar Insider at 11:12 AM No comments:

The New York Times: TikTok Teens Tank Trump Rally in Tulsa - hilarious. And only 1/3 of the seats at the rally were actually filled by trumpards

The New York Times: TikTok Teens Tank Trump Rally in Tulsa, They Say.
https://www.nytimes.com/2020/06/21/style/tiktok-trump-rally-tulsa.html
Posted by ArcStar Insider at 10:54 AM No comments:

We Introduce You To New Customers Every Day.


Posted by ArcStar Insider at 8:37 AM No comments:

John Bolton: What we learned from his eye-popping tale of working with Trump - CNNPolitics - he also is every bit the belicose moron you might have suspected

AP News: Watchdog: DEA lacks oversight of money laundering cash - seems that all the watchdogs over public funds are gone. How come Repubs get so upset about other looters?

CNN: Saharan Dust from Africa will stretch toward the US, putting the hurricane season on pause - catching a short break due to drought on another continent.

CNN: Saharan Dust from Africa will stretch toward the US, putting the hurricane season on pause.
https://www.cnn.com/2020/06/17/weather/tropical-forecast-update-hurricane-saharan-dust/index.html

NYTimes: Tulsa Braces for Trump Rally’s Health Threat as Virus Cases Rise - you can't say his following is not fanatical in every sense of the word - willing to risk their death and the death of others just to hear him speak

The number of deaths tied to the coronavirus has continued to decline in New York, even as much of the state marches toward fully reopening the economy, Gov. Andrew M. Cuomo announced Saturday.

"All the news is very, very good news," he said during his daily news briefing. "We are now 180 degrees on the other side."

Mr. Cuomo reported that the state's death toll, numbering 32 on Friday, was the lowest figure recorded since the beginning of the pandemic "when this nightmare began." "We did it," he said. "We have tamed the beast."

According to The New York Times's tally, the state had 80 new deaths from the virus on Friday.

Mr. Cuomo expressed concern that New York's progress was not being replicated across the nation. More than 20 states, he noted, have had their number of coronavirus cases rise. California, Florida and Texas are reporting thousands of new cases a day.

"This is a frightening time," Mr. Cuomo said. "We thought that we were past it. Well, the beast is rearing its ugly head. Half the states are seeing an increase. New York is exactly the opposite."

This week, as many as 400,000 workers began returning to construction jobs, manufacturing sites and retail stores in New York City's first phase of reopening. Other parts of the state have moved on to more advanced stages of reopening, Mr. Cuomo said. The Western Region is scheduled to move to Phase 3 on Tuesday, and the Capital Region is expected to enter Phase 3 on Wednesday.

Increased testing has also shown that the virus is spreading at a slower pace than it did three months ago, when as many as 800 people were dying a day, Mr. Cuomo said.

While some officials in states seeing increases attribute the rise to increased testing, and the number of cases per capita in Texas and Florida remains low, some health experts see worrying signs that the virus is continuing to make inroads.

"Whenever you loosen mitigation, you can expect you'll see new infections. I think it would be unrealistic to think that you won't," Dr. Anthony S. Fauci, the nation's top infectious disease expert, said in an interview on ABC News's "Powerhouse Politics" podcast. "The critical issue is how do you prevent those new infections that you see from all of a sudden emerging into something that is a spike, and that's the thing that we hope we will be able to contain."

Trans Mountain Pipeline Is Shut After Spill in British Columbia

Robb Report: This Aircraft Aims to Fly to Space Using Only Solar Power

Robb Report: Icarus, Much? This Aircraft Aims to Fly to Space Using Only Energy From the Sun.
https://robbreport.com/motors/aviation/solar-powered-aircraft-fly-outer-space-2927083/
Posted by ArcStar Insider at 7:43 PM No comments:


https://thehill.com/policy/cybersecurity/502148-fbi-warns-hackers-are-targeting-mobile-banking-apps
Sent from my BlackBerry - the most secure mobile device

Posted by ArcStar Insider at 8:19 PM No comments: 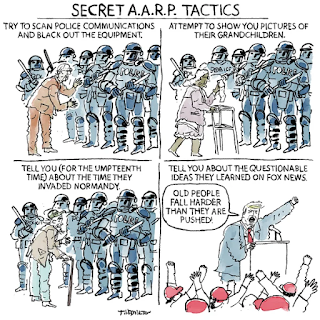 The World Reopens, Despite Skyrocketing Coronavirus Cases https://nyti.ms/37eTrSq
Posted by ArcStar Insider at 9:48 PM No comments:

From Global Crisis to Climate Turning Point  ["https://www.bloomberg.com/news/articles/2020-06-09/from-global-crisis-to-climate-turning-point-michael-r-bloomberg"]
Posted by ArcStar Insider at 4:59 AM No comments:


This e-mail may contain confidential material.
If you are not an intended recipient, please notify the sender and delete all copies.
It may also contain personal views which are not the views of The Economist Group.
We may monitor e-mail to and from our network.

Sent by a member of The Economist Group.
The Group's parent company is The Economist Newspaper Limited,
registered in England with company number 236383 and
registered office at The Adelphi, 1-11 John Adam Street, London, WC2N 6HT
For Group company registration details go to http://legal.economistgroup.com
Posted by ArcStar Insider at 6:17 AM No comments:

Healey calls for MA orderly transition away from natural gas

Posted by ArcStar Insider at 6:10 AM No comments:

'Out of control': NBC/WSJ national Poll shows 80% of voters are concerned about U.S.

NYTimes: Vote for Trump? These Republican Leaders Aren’t on the Bandwagon.

"This fall, it's time for new leadership in this country — Republican, Democrat or independent," said William H. McRaven, the retired Navy admiral who directed the raid that killed Osama bin Laden. "President Trump has shown he doesn't have the qualities necessary to be a good commander in chief."
Admiral McRaven, in an interview on the 76th anniversary of D-Day, noted that those wartime leaders inspired Americans with "their words, their actions and their humanity."
In contrast, he said, Mr. Trump has failed his leadership test. "As we have struggled with the Covid pandemic and horrible acts of racism and injustice, this president has shown none of those qualities," Admiral McRaven said. "The country needs to move forward without him at the helm."
Vote for Trump? These Republican Leaders Aren't on the Bandwagon. https://nyti.ms/30cJjYZ
Posted by ArcStar Insider at 6:24 PM No comments:

Posted by ArcStar Insider at 9:41 AM No comments:

I saw this on the BBC and thought you should see it:

The BBC is not responsible for the content of this email, and anything written in this email does not necessarily reflect the BBC's views or opinions. Please note that neither the email address nor name of the sender have been verified.
Posted by ArcStar Insider at 9:07 PM No comments:

Trump’s comment moments ago about this being a “great day” for George Floyd is already sparking outrage among the president’s critics.

Posted by ArcStar Insider at 8:57 AM No comments:

Over the past four decades, the cost of policing in the U.S. has almost tripled, from $42.3 billion in 1977 to $114.5 billion in 2017, according to an analysis of U.S. Census Bureau data conducted by the Urban Institute on behalf of Bloomberg Businessweek. That budget is 10 times greater than the Centers for Disease Control and Prevention (which led the Trump administration’s botched response to the pandemic) and 12 times greater than the Environmental Protection Agency (which has been dismantling environmental protections). Crime, however, has been trending downward since the early 1990s.

Posted by ArcStar Insider at 7:13 PM No comments:

Utilities stay silent on proposal to federalize net metering (while going "please, please please" and making big political contributions in the background) as states call it a 'threat' to solar policy | Utility Dive

Posted by ArcStar Insider at 8:13 AM No comments:

The Guardian: Renewables surpass coal in US energy generation for first time in 130 years

The Guardian: Renewables surpass coal in US energy generation for first time in 130 years.
https://www.theguardian.com/environment/2020/jun/03/renewables-surpass-coal-us-energy-generation-130-years

Mattis calls for Americans to defend their civil society and democracy

Pentagon chief tries to step back out of the shitpile Trump led him into. Former defense chief also weighs in on the use of military force against Americans

Think this article nails the situation our country is in

Game Over For Coal: Renewable Energy For COVID-19 Recovery - ding, dong the witch is dead

This can’t be happening’: An oral history of 48 surreal, violent, biblical minutes in Washington

As scores of protesters made their way into Washington D.C's Chinatown district, a Blackhawk helicopter with U.S. Army markings descended to rooftop level, kicking up dirt, debris and snapping trees that narrowly missed several people. The maneuver, often conducted by low flying jets in combat zones to scare away insurgents, is known as a show of force.

Posted by ArcStar Insider at 7:58 PM No comments: