Future of US Net metering

By Gregory B. Poindexter
Associate Editor

The U.S. Department of Energy will provide up to US$40 million to build the wave energy test site about six nautical miles off the coast of Newport, Ore. A partnership made up of Oregon State University, the University of Washington, the University of Alaska Fairbanks, and renewable energy innovators applied for the federal funding earlier this year. The senators, along with Sens. Dan Sullivan, R-Alaska and Maria Cantwell, D-Wash., urged the Energy Department to award the funding to the Newport site in an October letter.

"This is great news for OSU and its partners and will launch a new level of local job creation and clean energy innovation," Wyden said. "Oregon will use this opportunity to build on its solid position nationally and internationally as a leader in renewable wave energy."

"This is a huge success story for Oregon State University, and I thank the Department of Energy for helping us harness the enormous potential of wave energy off the Oregon coast," Merkley said. "This test facility will make Oregon the leader in bringing wave energy to the United States, which will create good-paying local jobs, and strengthen our coastal economies."

"Given the important role that current and wave energy innovation can play in Alaska's energy future, it is great news that a consortium of universities, including the University of Alaska Fairbanks, has been awarded with this opportunity to test and develop marine hydrokinetic devices," Murkowski said. "This should help advance renewable energy technologies that hold great promise for our coastal communities."

"This is an exciting step forward for the Pacific Northwest, which continues to be a leader in developing renewable energy sources," Murray said. "This investment has the potential to create jobs and move our country away from the devastating effects of fossil fuels, while also ensuring minimal impacts to the environment and existing uses."

The funding award will allow the universities to build infrastructure, such as open-water test berths and undersea cables, which private companies would then use to test their wave and tidal current energy innovations. Companies seeking to test their designs at the site will not have to undergo separate permitting and installation processes – lowering the cost and speeding up the process for developing new wave energy technologies, while bringing business and jobs to the area.

The Newport-based site will be the first open-water test facility for wave power connected directly to the power grid in the U.S.

The clean, renewable energy found in waves and tidal currents holds the potential to deliver up to one-third of our nation's electricity needs, according to the DOE.

Sent from my BlackBerry - the most secure mobile device
Posted by ArcStar Insider at 7:29 AM No comments:

10 year Contract For Difference at $124MWh to pay for shutting down 7% of UK coal power and converting it to biomass.
Monty Bannerman
ArcStar Energy
+1 646.402.5076
www.arcstarenergy.com

Shares in Drax Group Plc surged to the highest since July after the European Union approved a U.K. government subsidy to support the conversion of one of its coal-fired units to biomass.

The project's contribution to increasing the share of renewable energy produced in the U.K. outweighs any potential distortions of competition that could be triggered by government support, the EU regulator said in an e-mailed statement on Monday. The European Commission opened an investigation in January to check that the subsidy wouldn't distort competition.

Three units at Drax's power station remain coal-fired. The plant supplies 7 percent of the U.K.'s electricity, according to the company's website. The subsidy is a so-called contract for difference (CfD) where the government pays a premium on top of the market price to make up 100 pounds a megawatt-hour until 2027.

"Achieving approval for the CfD was crucial for Drax's economics going forward," Jefferies Group LLC said in an e-mailed note.

Societe Generale SA upgraded Drax to a 'Buy' rating ahead of the announcement, saying approval would add around 100 million pounds a year to earnings.

Drax has said it would only be able to convert more of the station to biomass with the help of subsidies. Converting a fourth unit would have "limited upside potential" due to the uncertainty of the U.K.'s carbon tax after 2021, said Ashley Thomas, an analyst at Societe Generale in London.

Sent from my BlackBerry - the most secure mobile device
Posted by ArcStar Insider at 7:29 AM No comments:

What It Means If Trump Names China A Currency Manipulator

This article explains why this "day 1 promise" by Trump is mainly an exercise in jaw-boning and divorced from reality. As this would apply to most of his policy announcements and his entire election campaign, these two descriptors are the only thing consistent about the man.
http://www.manufacturing.net/news/2016/12/what-it-means-if-trump-names-china-currency-manipulator?et_cid=5754709&et_rid=45614407&type=cta&et_cid=5754709&et_rid=45614407&linkid=http%3a%2f%2fwww.manufacturing.net%2fnews%2f2016%2f12%2fwhat-it-means-if-trump-names-china-currency-manipulator%3fet_cid%3d5754709%26et_rid%3d%%subscriberid%%%26type%3dcta
Posted by ArcStar Insider at 10:12 AM No comments:

Trump Rejects Climate Change, but Mar-a-Lago Could Be Lost to the Sea - Bloomberg

Power peering network for neighborhood.
MB
http://www.photon.info/en/news/first-batteries-installed-australian-5-mw-virtual-power-plant?utm_source=newsletter&utm_medium=email&utm_campaign=PHOTON%20Newsletter%20-%20International%20edition%20from%20December%2016%2C%202016&newsletter=PHOTON%20Newsletter%20-%20International%20edition%20from%20December%2016%2C%202016
Posted by ArcStar Insider at 5:54 AM No comments:


Sent from my iPad
Posted by ArcStar Insider at 11:32 AM No comments:

President-elect Donald Trump has selected former Texas Gov. Rick Perry to be his nominee for energy secretary, multiple transition sources told CNN Tuesday, which would make him head of an agency he once sought to eliminate.

You have opted-in to receive this e-mail from CNN.com.

To unsubscribe from Breaking News e-mail alerts, go to: http://cnn.com/EMAIL/breakingnews/unsubscribe.html?l=domestic-adh-bn

Posted by ArcStar Insider at 10:12 AM No comments:

I saw this on the BBC and thought you should see it:

The BBC is not responsible for the content of this email, and anything written in this email does not necessarily reflect the BBC's views or opinions. Please note that neither the email address nor name of the sender have been verified.
Posted by ArcStar Insider at 6:40 AM No comments: 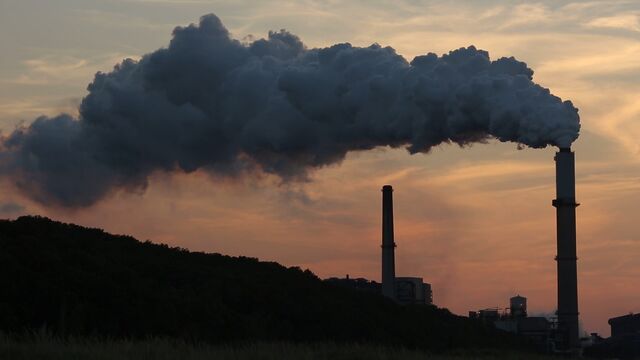 Nov. 11 --Bloomberg's Eric Roston discusses Trump's mysterious approach to climate change and what we know about his policies so far.

To read the entire article, go to http://bloom.bg/2gHCC7B

Sent from the Bloomberg iPad application. Download the free application at http://itunes.apple.com/us/app/bloomberg-for-ipad/id364304764?mt=8

Sent from my iPad

Posted by ArcStar Insider at 6:08 AM No comments:

Well, what was unthinkable just a short while ago is now the reality, and Donald Trump is President-elect of the United States, sending shockwaves across the U.S. and around the world. The press and social media are rife with speculation about which of the many and often conflicting positions he took during the campaign will become reality.

Much can be read (or not) into a recent (Nov. 22) New York Times interview where he struck a partly conciliatory tone, saying he wasn't going to prosecute Hillary Clinton for her emails; he wasn't going to start waterboarding people again; that he was 'keeping an open mind' about the Paris Agreement; and that he acknowledged 'some connectivity' between human activity and observed climate change.

I was en route to the UNFCCC's COP 22 in Marrakech when the news came through, and while there were lots of tears, rage, sadness and fear among the many U.S. delegates at the conference, and shock and disbelief among most international delegates, the general attitude was 'whatever the U.S. does, we're moving on'.

Perhaps the most sought-after and interesting response was from China. After having repeatedly warned candidate Trump that any move to pull out of Paris would have grave diplomatic consequences, the Chinese delegation in Marrakech rose to the occasion, and somewhat reluctantly, donned the crown of 'climate leader,' which the U.S. has held for the past several years. Indeed, it was the cooperation between China and the U.S. last year which set the tone that allowed for the diplomacy resulting in the Paris Agreement, and which saw it enter into force on Nov. 4 — record time for such an agreement.

China's position was clear — they were moving ahead as planned. After explaining to the U.S. that rather than a 'Chinese hoax,' they observed that international climate diplomacy was set in motion under President Reagan (and Margaret Thatcher) in 1988 with the establishment of the IPCC and the early negotiations leading up to the conclusion of the UNFCCC in Rio, which was quickly ratified by the U.S. Senate under the leadership of President George H.W. Bush in 1992, just before he left office. The supreme irony, of course, is that the public face of U.S. climate policy has for the past decade or more been 'to get China on board.' Whether or not the U.S. had anything to do with it, it is clear that China is 'on board.'

China is the world's largest manufacturer of wind turbines, solar PV panels and solar hot water heaters, and is leading the world in total installations of all of these technologies. China seems to be the one country which took President Obama's 2009 exhortation to heart: "the country that leads in clean energy technology will lead the economy of the 21st century." Not only is there an overwhelming domestic imperative to wean the country off coal for human health and local environmental reasons, there is an economic imperative as well; the same imperative which is driving the clean energy industry globally. Perhaps Mr. Trump will come around to that point of view eventually. According to the U.S. Department of Labor, the fastest growing job in the U.S. is... (drum roll) ...wind turbine technician.

Also refusing to be cowed by the (threatened) U.S. move were the 48 states which are members of the Climate Vulnerable Forum, which pledged to go to 100 percent renewable energy by 2050; and indeed, virtually all countries pledged to move ahead with Paris, and there were no indications of anyone following the (apparent) U.S. lead — not even the Saudis.

So what does this all mean for renewable energy in general, and for wind power in particular? Well, like so much else about the incoming Trump Administration, we just don't know; and I don't believe they do, either. The next few months will be critical, as cabinet positions are mooted, and they are confirmed (or not) by Congress. Mr. Trump may have a more difficult time with his own party in Congress than he expects.

The landmark deal which was agreed 12 months ago for the extension and phase-out of the production tax credit (for wind) and the investment tax credit (for solar), was done on a bi-partisan basis, and we are heartened by Sen. Chuck Grassley's (R-Iowa) statement that Trump would undo the deal 'over my dead body.' Grassley's Iowa now gets 35 percent of its electricity from wind power. We have received information that the renewables industry is not on the target list, yet. However, the people that President Trump has put in charge of the transition in key areas, such as the Environmental Protection Agency, U.S. Department of Interior and U.S. Department of Energy, are troubling indeed, as are the noises his people are making about slashing NASA's climate research. We will have to wait, and watch, and fight when the time comes.

The other concern is Trump's anti-trade stance. The wind industry has developed a global supply chain, and while it is far from perfect, increasing trends towards free movement of goods and services has helped the industry grow, reduce costs and increase efficiencies. Any backsliding on that front would have potentially severe negative consequences for the industry.

In the meantime, the industry continues to power ahead. Up until recently the main storm clouds for the industry lurked around Europe's lagging commitment, and curtailment in China. A major new (orange) cloud has appeared on our horizon, but I'm confident that we'll weather that storm as well.

Sent from my BlackBerry - the most secure mobile device
Posted by ArcStar Insider at 4:35 AM No comments:

Posted by ArcStar Insider at 5:23 PM No comments: