Posted by ArcStar Insider at 1:09 PM No comments:

Defying all projections, wind, solar, and other renewable energy sources set a series of records for domestic electrical generation during the first quarter of 2016.

According to the U.S. Energy Information Administration's (EIA) latest, just-released "Electric Power Monthly" report (with data for the first three months of 2016), net U.S. electrical generation from non-hydro renewables (i.e., biomass, geothermal, solar, wind) increased by 22.9 percent compared to the first quarter of 2015. Output from conventional hydropower also rose by 6.5 percent. Combined, generation from all renewable sources increased by 14.60 percent in January-March 2016 compared to the same period in 2015.

Further, utility-scale electrical generation from renewable sources hit an all-time high of nearly 17 percent (16.89 percent) of total generation. During the first quarter of 2015, renewable energy's share of net generation was only 14 percent.

Electrical generation by wind rose 32.8 percent and set a new record of 6.23 percent of total generation. In the first quarter of 2015, wind power's share was only 4.46 percent.

Similarly, electrical generation from utility-scale solar thermal and photovoltaics grew by 31.4 percent to 6,690 thousand megawatt-hours and comprised 0.69 percent of total electrical output. However, EIA also estimated that distributed solar photovoltaics (e.g., rooftop solar systems) expanded by 35.2 percent and accounted for an additional 3,146 thousand megawatt-hours. Combined, utility-scale and distributed solar accounted for over one percent (1.01 percent) of generation. A year ago, solar's share was only 0.72 percent.

Among renewable energy sources, only biomass and geothermal experienced declines at 1.4 percent and 1.6 percent, respectively.

In stark contrast to the stunning growth rate of renewable sources, nuclear power remained essentially stagnant — registering growth of only 1 percent; electrical generation fueled by natural gas was up by 6.7 percent, while that from coal plummeted by 24.2 percent.

Inasmuch as electrical output from wind and hydropower sources tend to be highest in the first quarter of each year, renewable energy's share of net electrical generation for the balance of 2016 may dip a little. Nonetheless, data for the first quarter appears to be swamping EIA's earlier forecast of just 9.5 percent growth by renewables in 2016.

Sent from my BlackBerry - the most secure mobile device
Posted by ArcStar Insider at 11:54 PM No comments:

May 26, 2016
By Liu Yuanyuan
Director of Operations

The country is forecast to maintain the position as the world's largest PV cell product producer this year, with exports for PV cells and components rising about 5 percent year on year to more than US$15.0 billion.

China recorded combined exports and imports of solar PV cells amounting to US$17.9 billion for 2015, a slight year-over-year decrease of 2.3 percent. Of the total, US$14.7 billion accounted for exports, up 1.9 percent from a year earlier while US$3.18 billion were imports, down 17.7 percent year on year.

Regionally, China exported US$2.24 billion worth of solar PV cells to Europe during the year, decreasing 20.4 percent compared to the previous year and accounting for 15.3 percent of the country's total. Exports of the cells to Asia rose to US$8.86 billion during the same period, increasing 12.8 percent from a year ago and accounting for more than 60 percent of the total. Exports to emerging markets in Latin America surged to US$900 million during the same period, up 84.2 percent compared to the previous year, representing the largest growth among the country's major export destinations.

Of note is the export of US$3.86 billion worth of PV cells to Japan during the year, accounting for 26.3 percent of the total and representing a year-over-year decrease of 20.8 percent. India accounted for US$1.38 billion in PV cell exports, up significantly by 163 percent year on year and accounting for 9.4 percent of the country's total. Exports to the U.K. dropped to US$570 million during the same year, down 36.4 percent from a year earlier and ranking sixth among the country's export destinations.

China produced 43 GW of PV components in 2015, accounting for 71.7 percent of the world's total production volume and ranking first worldwide for the seventh consecutive year.

China now exports over 60 percent of its PV cell products to overseas markets, showing a relatively higher degree of dependence on foreign trade. Although the government has put in place a series of policies and measures to invigorate the PV industry, the country still faces many hurdles, including difficulties in obtaining sufficient financing, high construction costs, disputes over property rights and long payback periods.

Sent from my BlackBerry - the most secure mobile device
Posted by ArcStar Insider at 11:52 PM No comments:

The facility is located in the municipality of María Elena in the Antofagasta Region, around 1,300 km north of Santiago, has an installed capacity of 160 MW and can generate more than 400 GWh yearly, equivalent to the annual consumption needs of around 198,000 Chilean households, while avoiding the emission of more than 198,000 tonnes of CO2 per year into the atmosphere.

Enel invested approximately 270 million US dollars in the construction of the project in line with the Group's strategic plan. The investment was financed through Enel's own resources. Finis Terrae is supported by a long-term power purchase agreement (PPA), and the power generated by the plant will be delivered to Chile's Northern Region Transmission Network, SING (Sistema Interconectado del Norte Grande).

Sent from my BlackBerry - the most secure mobile device
Posted by ArcStar Insider at 11:06 PM No comments:

Argentina sets aside 300MW for Solar

Posted by ArcStar Insider at 5:32 PM No comments:

Posted by ArcStar Insider at 5:28 PM No comments:

Renewables are now proven to be past the inflection point where demand expands geometrically.  Rising tides lift all boats. Some more than others.

As recently as 2013, renewables provided only about 23% of Portugal's electricity. By 2015 that figure had risen to 48%. Photograph: Pete Titmuss/Alamy Stock Photo

Electricity consumption in the country was fully covered by solar, wind and hydro power in an extraordinary 107-hour run that lasted from 6.45am on Saturday 7 May until 5.45pm the following Wednesday, the analysis says.

News of the zero emissions landmark comes just days after Germany announced that clean energyhad powered almost all its electricity needs on Sunday 15 May, with power prices turning negative at several times in the day – effectively paying consumers to use it. 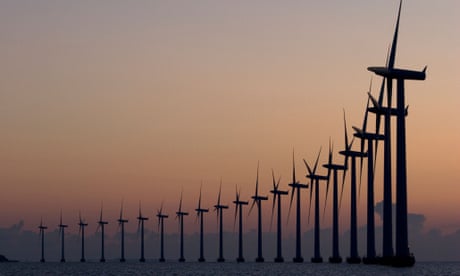 Oliver Joy, a spokesman for the Wind Europe trade association said: "We are seeing trends like this spread across Europe - last year with Denmark and now inPortugal. The Iberian peninsula is a great resource for renewables and wind energy, not just for the region but for the whole of Europe."

James Watson, the CEO of SolarPower Europe said: "This is a significant achievement for a European country, but what seems extraordinary today will be commonplace in Europe in just a few years. The energy transition process is gathering momentum and records such as this will continue to be set and broken across Europe."

Last year, wind provided 22% of electricity and all renewable sources together provided 48%,according to the Portuguese renewable energy association.

While Portugal's clean energy surge has been spurred by the EU's renewable targets for 2020, support schemes for new wind capacity were reduced in 2012.

Despite this, Portugal added 550MW of wind capacity between 2013 and 2016, and industry groups now have their sights firmly set on the green energy's export potential, within Europe and without. 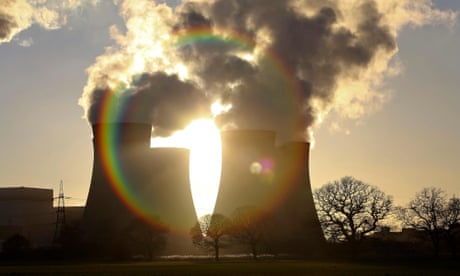 "An increased build-out of interconnectors, a reformed electricity market and political will are all essential," Joy said. "But with the right policies in place, wind could meet a quarter of Europe's power needs in the next 15 years."

In a move hailed as a "historic turning point" by clean energy supporters, UK citizens last week enjoyed their first ever week of coal-free electricity generation.

Watson said: "The age of inflexible and polluting technologies is drawing to an end and power will increasingly be provided from clean, renewable sources."

• This article was amended on 19 May 2016. An earlier version said that in 2013 Portugal generated 27% of its electricity from nuclear, 13% from hydro, 7.5% from wind and 3% from solar, according to Eurostat figures. In fact those figures are for the whole of the EU; Portugal does not have any nuclear power plants.

Sent from my BlackBerry - the most secure mobile device

Posted by ArcStar Insider at 5:51 AM No comments:

Schmid Group to set up 200 MW module factory in Iran

Schmid Group to set up 200 MW module factory in Iran

24.5.2016: The Industrial Development and Renovation Organization of Iran (IDRO) and German PV equipment maker Schmid Group are planning to set up a solar module factory in Iran. The factory will produce everything from polysilicon to modules and will have an initial annual capacity of 200 MW. IDRO plans to expand the factory's capacity at a later stage. More details about the facility were not provided.
Schmid CEO Christian Schmid said: »We are proud to start collaboration with a respected organization like IDRO and consider this agreement as an excellent opportunity to establish a long term partnership in an important PV future market. The fully integrated manufacturing facility together with the excellent academic infrastructure in Iran will enable an ideal PV research and development hub in Iran and the joint R&D collaboration will be an integral part for our partnership with IDRO.«
© PHOTON

Posted by ArcStar Insider at 6:49 AM No comments:

23.5.2016: Chinese solar manufacturer and developer Renesola Ltd. announced it will partner with Turkish solar company Uck Group on the development of several PV projects totaling 116 MW in Turkey. All the plants will be built under the country's FIT scheme and will be entitled to sell power at a rate of $134 per MWh. Under the terms of the agreement, UGK's unit Berak Enerji will build the plants, while Renesola will supply modules and inverters for the projects. The facilities will be owned by a 50/50 joint venture. The companies expect to complete the first 70 MW of projects by early 2017.

Posted by ArcStar Insider at 8:26 AM No comments:

Is First Solar Stock a Buy? -- The Motley Fool

Very informative article, confirming what FS has already stated to us as their competitive advantage. Among other useful things in this article, you will see that they have developed a modular solution. A kind of "power plant in a box",  This is a logical and well-established evolution to cut costs and improve margins in systems that already require integration every time they are deployed. In a conversation I had with GCL execs from China in San Francisico two weeks ago, they stated they were looking for Beta installation opportunities for a 2.5MW AC modular plant.  I expect we will see this announced pretty soon.
http://www.fool.com/investing/general/2016/05/20/is-first-solar-stock-a-buy.aspx
Monty
Posted by ArcStar Insider at 1:08 PM No comments:

Posted by ArcStar Insider at 8:10 PM No comments:

Most troubled CSP development in US suffers another very public setback.

Posted by ArcStar Insider at 2:22 PM No comments:

Bloomberg: Not Much Worries Bond Traders as Term Premium Falls to 1962 Lows

Long term debt looking like it will remain low.

It takes a lot to rattle Treasuries traders these days.

To read the entire article, go to http://bloom.bg/1TsOkCu

Sent from the Bloomberg iPad application. Download the free application at http://itunes.apple.com/us/app/bloomberg-for-ipad/id364304764?mt=8

Sent from a mobile device.
Posted by ArcStar Insider at 5:21 PM No comments:

Posted by ArcStar Insider at 4:33 PM No comments:

Posted by ArcStar Insider at 12:57 PM No comments:

Posted by ArcStar Insider at 10:19 AM No comments: