Seeking Alpha: PG&E Will Not Be Able To Renegotiate PPAs

CNN: America's renewable energy set to surpass coal for the first month ever

Everybody seems expected to say that they LOVE offshore wind, but they all know the real story

PHILADELPHIA — New research suggests that offshore wind farms offer huge potential for capacity gains in PJM’s footprint — but it will take a significant buildout of transmission to unlock that possibility. 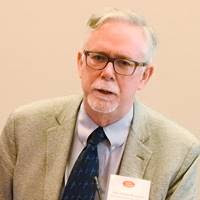 University of Delaware professor Willett Kempton said a hypothetical buildout along the Eastern Coast from New Jersey to North Carolina could add approximately 80 GW to the grid.

“If we are going to do carbon-free generation, this is a really large resource that could do that,” he said while presenting his findings at Raab Associates’ Energy Roundtable in the PJM Footprint on Wednesday. “It would add 44% to today’s generation mix and it can all be carried to shore using only today’s transmission equipment.”

Kempton and his co-author, Elpiniki Apostolaki-Iosifidou, analyzed the impact of building an HVDC system with nine points of interconnections. The researchers estimated the system would have a 50% capacity factor, resulting in a 40-GW output on average. The conservative capacity estimates could be boosted through improved weather forecasting, more access to storage technology and PJM rule revisions, Kempton said. The new gigawatts would account for 43% of total PJM capacity, he said.

Other panelists said PJM must proceed with caution when planning such systems, noting the many pitfalls that come with securing proper permits, navigating seafloor access and attracting transmission developers. 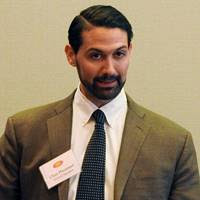 “It’s a complex regime,” said Clint Plummer, head of U.S. market strategies and new projects for Orsted. “There’s opportunity for savings and reliability benefits by getting transmission policy on this right. There are real problems if it’s not done right.”

Norway-based Orsted bills itself as the world’s largest developer of offshore wind, with 5.6 GW of operational farms in the U.S., Europe and Taiwan. He said mistakes in Germany’s planning process taught developers that an integrated and streamlined approach to construction and operation works best, though it costs more upfront.

“Germany’s segmented approach didn’t work well because grant awards were mismatched between transmission and generation,” he said. “There were hundreds of millions of dollars of cost that accrued to us as developers of offshore wind … and then the transmission wasn’t there. We were basically paying the mortgage on that wind farm without any income coming in.” 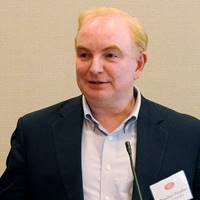 One way to mitigate the costly risks of building an offshore wind networked transmission system is to secure permits before specific facilities are procured through state requests for proposals and ensure planning of every aspect before construction begins, said Theodore Paradise, senior vice president of transmission strategy and counsel at Anbaric. This means accounting for the unique challenges of the seafloor, including ocean trenching and navigating the limited points of onshore interconnection.

“Permitting can take significant time,” Paradise said, noting that securing those components ahead of time could be used as a “de-risking” tool. “It’s important you do it the right way.”

State legislatures in Maryland, New Jersey and Virginia have set goals of procuring a combined 6,700 MW of wind power over the next decade. So far, developers have contracted for less than 6% of those targets. 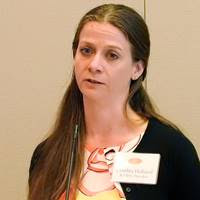 Cynthia Holland, director of federal and regional policy for the New Jersey Board of Public Utilities, said the state’s push to 3,500 MW of wind will make significant progress over the next five years. Bids for 1,100 MW have already been received, with a second 1,200-MW solicitation planned for summer 2020 and third scheduled for July 2022.

The first round of wind farms will likely use generation lead lines that connect onshore, though the BPU remains open to using networked transmission systems or HVDC lines for future projects. 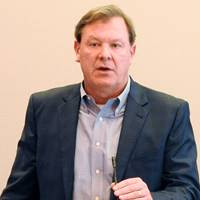 Posted by ArcStar Insider at 7:49 AM No comments:

Greentech Media News: APS and Fluence Investigating Explosion at Arizona Energy Storage Facility - this will cause anxieties in the industry

Still don't believe in Climate Change? Get ready to bend over.

Posted by ArcStar Insider at 3:26 PM No comments:

Email from my congresswoman.

Forbes: By 2030, Over Half Of New Electricity Connections Will Be Off-Grid - telecom/energy convergence

Forbes: By 2030, Over Half Of New Electricity Connections Will Be Off-Grid.
https://www.forbes.com/sites/miriamtuerk/2019/04/11/by-2030-over-half-of-new-electricity-connections-will-be-off-grid/
Monty Bannerman
ArcStar Energy
Tel: +1 646-402-5076
www.arcstarenergy.com
Posted by ArcStar Insider at 9:35 PM No comments:

ScienceAlert: For The First Time, Physicists Have Managed to Measure Precisely Absolutely Nothing

Reuters: Explainer: Why are U.S. natural gas prices in Texas below zero?

Tesla to cash in with emissions deal with Fiat Chrysler - First REC trading in the auto sector!

FERC Cracks Down on ISOs re Deficiencies in ESS Plans

Rick Perry helps ailing Georgia nuclear plant with $3.7 billion in financing - need an extra $3.7B on top of the $9B already guaranteed by the taxpayer to prop up a giant turd of a nuke plant? NO PROBLEM